On Day 27, I drove up into the hills of Portland and got lost amidst the mansions. Not on purpose, but that’s what happened as I wound around the curves, gained altitude, and tried to follow my very lost GPS connection that scuttled me from the middle of one green expanse to another on its confused and ever-shifting screen.

A beautiful, beautiful evening. I didn’t mind getting lost. I rarely do.

I finally found my way to Council Crest, which had been my original goal. Not a clear evening, so no view of Mt. Hood or the other usual suspects. But still a vast expanse of sky, trees, and city that calmed me… and phrases carved into the stones that seemed to speak just to me.

I did a short walk around the small park, not venturing too far because it was going to close at 9pm (Why so early, Portland? The sun is still up!), but enjoying the flowers, the light, the calm that settled over me as I recognized this place. I had been there before, many years ago.

Perhaps my visit to Council Crest jogged something in me, but after I drove down the hill away from the park, I continued spontaneously into my old neighborhood – a neighborhood with which I had had a tumultuous relationship in the past. A neighborhood I had loved and explored daily; a neighborhood I had felt lucky to live in. And also a neighborhood that had housed me through some difficult years, as I searched for new paths and tried to put together pieces of plans that had fallen apart. A neighborhood that contained primarily businesses selling things I couldn’t afford to people who couldn’t have fathomed living on the tiny pittance I tried to piece together to support myself – finally, gradually, making it to solid ground, but only after two years of struggles and losses that only later would become more clear.

Flash forward twelve years. That night, on my Day 27 of this walking project, I found myself walking through this neighborhood again. I hadn’t walked through it last fall when I spent 2 1/2 months in Portland. I hadn’t felt the need to. But this night, for some reason, I felt that it was time.

I dropped by the grocery store where I used to shop. (Can you tell a butcher you’re “just looking around” when he asks if he can help you, as if you’re in a clothing store or a book store? I did. All I really wanted to do was see if the thick slices of pepper bacon, specialty kabobs, and fresh cuts of fish were still there, but he wanted me to be doing my grocery shopping.)

I walked past my old apartment that never quite felt like home because my stuff was in storage the entire time I lived there. (My stuff is in storage now. I need to stop storing stuff.)

I walked the five blocks to the sushi shop that always cheered me up on those gray days I worked alone in a gray apartment bare of almost anything that belonged to me. Five blocks of walking that I remember as feeling so much longer than they feel on this night in 2014.

On those days in the early 2000’s, I would trek down what felt like a long and somewhat foreign street just outside my building, splurge on a $5 roll and $2 miso soup, and hope that my meal would transport me to the comfort I found in those things ten years prior, during my year in Japan. (Always transporting myself backwards for comfort… folding those experiences into the present. Always rooted in sensations and memories of places I’ve been, becoming the places I am.) 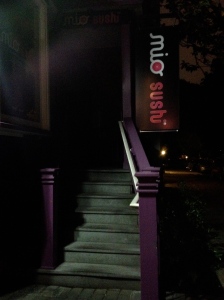 As I walked the length of the street and crossed the alphabetized intersections from B to L, reciting the letters and seeing if I could remember the next name ahead of me, I kept wondering “Was that there 12 years ago? Was that?” as I saw small shops, little turn-offs, houses, steps, studios, spas.

And I realized that those things quite possibly were there 12 years ago. I was walking around in such a cloudy haze most of those years, facing a life turned upside-down in some unexpected ways (some painful, others joyful), that I probably didn’t notice as much as I could have. Or maybe I did notice those details at the time, but now after many years, my emotional memory no longer includes them – I just remember the primary stops on the way: apartment, grocery store, sushi, park. And the places I would pine for the cute skirts and the red teapot and the fancy desserts – none of which I could afford.

This city, Portland, holds so much emotion for me. When I visited Oregon for the first time in my life with my friend Heather, for the wedding of our friends Matt and Sonya, I immediately felt at home. I felt my breath change. I felt my soul settle. I had never been there before and moving there wasn’t anywhere on my radar, but I was in love with this place.

Several years later, I arrived accidentally – a detour from the original plan to move to Seattle, that plan thwarted by a desire to hold a romantic relationship together. And then all plans thwarted by the deepest sense of getting lost I had ever had at that point in my life.

I was a GPS screen disconnected, trying to find solid ground and a map that made sense. The fields of green in my life shifted and changed, sometimes the arrow floating in the middle of someone’s back yard, sometimes sliding over to a stone quarry with no roads. I had to learn to enjoy the views along the way, and trust that I would arrive – somewhere, eventually.

This city still feels like home. It still feels like dreams that got lost. It still raises my spirits and challenges my finances. Revisiting reminds me of at least two things: I need to stop storing so much stuff. And eventually, the GPS (internal and/or external) will sort itself out, and I’ll find myself right where I wanted to be all along, seeking the larger view. 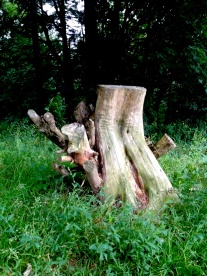 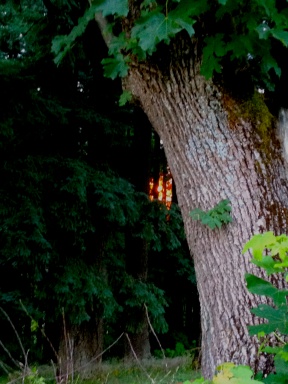 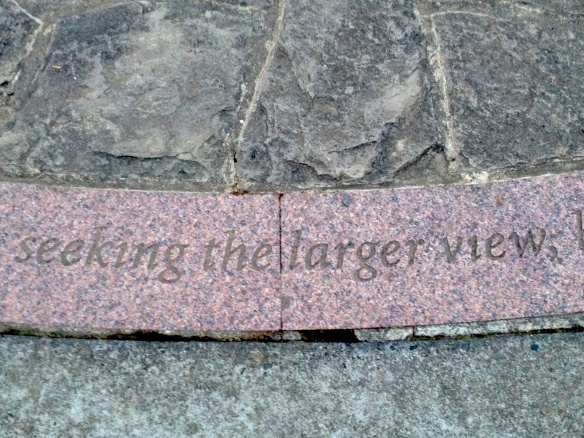